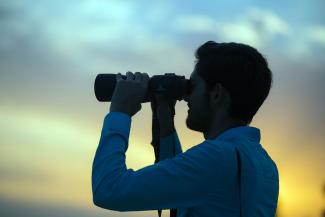 Grasping a coherent vision of the future requires a whimsical imagination. A broad worldly nostalgic view of 20th century history would be beneficial as well, particularly when we peer into the fascinating world of Economics. Stepping outside of our narrow nostalgia generates courage to think in ways we might imagine to be entrepreneurial, survivalist and adventurous. It also motivates us to be proactive participants in generating a better future for ourselves. Though the field of Economics is considered by many people to be a bit prosaic, esoteric and colorless, its unprecedented power and influence in our life today is thoroughly pervasive and quite underappreciated.

The originators of what became known as the Austrian School of Economics in early 20th century laid the intellectual foundation for policies tolerant of economic freedom and market capitalism, and over time placed a clear schism between their philosophies and the egalitarian claims of the seductive dogma of socialism. The historical participants of this movement were interested in promoting democratic capitalism whereby individuals’ dollars spent are the votes for freedom of choice, to allow the  economic principle of supply and demand to work, as opposed to socialist capitalism whereby government bureaucracies vote by mandate to make your choices for you.

Following WWII adherents to Austrian philosophy shaped policy through such institutions as the Mont Pelerin Society, which is still quite active and influential in economic policy today. The following article from the website: Investopedia.com, peeks into this fascinating world to help us appreciate how economists play major roles in all aspects of our daily intertwined lives.

What Is the Mont Pelerin Society?

The Mont Pelerin Society (MPS) is a group of liberal economists, philosophers, and historians, where liberalism is used in the classic sense of denoting a belief in minimal and dispersed government. Although members can be heterogeneous in their analysis of causes and consequences, the Society notes that its members "see danger in the expansion of government, not least in state welfare, in the power of trade unions and business monopoly, and in the continuing threat and reality of inflation."

The Mont Pelerin Society was founded in 1947 when Friedrich Hayek invited a group of 36 scholars—mostly economists but including some historians and philosophers—to discuss the fate of modern liberalism. The group emphasized that it did not intend to create an orthodoxy or align with any political parties. It was intended to act as a forum for like-minded scholars to debate the fate of (classic) liberalism and to discuss and analyze the workings, virtues, and defects of the market-oriented system in which its proponents believed. Its members have included some prominent members of the more liberal, libertarian, and Austrian schools of economic thought; apart from Hayek himself, Milton Friedman and Ludwig von Mises have also been members. The group has had nine Nobel prizewinners (eight in economics, including Hayek and Friedman, and one in literature) among its members.

The original statement of the founders noted concern about the increasing "dangers to civilization" that they saw from increasing power of governments across many parts of the globe. This statement (at the first meeting of the group in 1947) should be seen in context of the post-World War II economic and political landscape, especially the formation of the eastern bloc. Hayek had recently written "The Road to Serfdom," a book arguing against socialism. The struggle at that stage was characterized as that between liberalism and totalitarianism, where the latter eliminated the rule of law, the rights of the individual, and indeed a free society. More recently, the rise of "big government" in the West as well as re-emerging authoritarianism in parts of the world that had previously moved towards democratic, liberal ideas have been of concern.

Although the lack of a formal, homogenous grouping (and therefore policy statements) make it difficult to judge what impact the group may or may not have had on policy, the fact that there is considerable overlap between members of the group and academia, think tanks and other organizations does imply its ideas are indeed being disseminated today into the policy debate.

Additional reading sources on the subject: