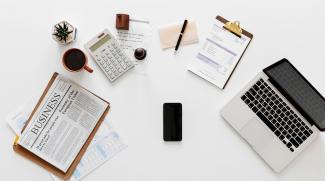 Asset Backed Securities
An asset-backed security is a security whose income payments and value are derived from and collateralized by a specified pool of underlying assets. These asset-backed securities are bonds or notes that are backed by assets such as credit cards, accounts receivable, auto loans, commercial loans, home equity loans, and commercial assets.

Capital Asset
A capital asset is also known as a fixed asset or as property, plant and equipment, i.e. computer systems, warehouse or storage facilities, heating and A/C systems and robotics, but excludes receivables and inventory. For firms, a capital asset is an asset that has a useful life longer than one year and is not intended for sale during the normal course of business. For individuals, a capital asset typically refers to anything the individual owns for personal or investment purposes, i.e. a home, car, tools, valuable artwork and collectables, stocks and bonds.

Derivatives
A derivative is a contract between two parties which derives its value/price from an underlying asset. The most common types of derivatives are futures, options, forwards and swaps. Derivatives are considered a category of security, with several different kinds of derivatives available. Originally used to help ensure a more balanced exchange rate for internationally traded products, derivatives are used in a variety of situations today, including insuring against risk or speculating on the future price of a specific investment asset.

Dow Jones Industrial Average vs. S&P 500
Created in 1896, and later named after founder Charles Dow, the Dow Jones Industrial Average is the price-weighted-average of 30 large, publicly owned company’s stocks traded on the New York Stock Exchange (NYSE) and the NASDAQ. The S&P 500 index is a market-capitalization-weighted index of 500 large companies having common stock listed on the NYSE and the NASDAQ.

EBITDA
An acronym, EBITDA - earnings before interest, tax, depreciation and amortization - is a measure of a company's operating performance. Essentially, it's a way to evaluate a company's performance without having to factor in financing decisions, accounting decisions and company specific tax situations.

Hedge Funds
Hedge funds pool funds for investment purposes from accredited investors and are typically set up as a limited partnership or limited liability company. Hedge funds are lightly regulated compared to heavily regulated investments such as mutual funds, making them a high-risk, high-loss, high-reward proposition, and are typically limited to wealthy individuals and institutional investors.

Securities
A security is a fungible, negotiable financial instrument that holds some type of monetary value. It represents an ownership position in a publicly-traded corporation (via stock), a creditor relationship with a governmental body or a corporation (represented by owning that entity's bond), or rights to ownership as represented by an option.
Hybrid securities combine some of the characteristics of both debt and equity securities. Generally, securities represent an investment and a means by which municipalities, companies and their commercial enterprises can raise new capital.

The Federal Reserve
In 1913 the Federal Reserve Act established the Federal Reserve System, an independent governmental entity that would serve as a central bank of the United States. Under the Federal Reserve entity, this Congressional act established the Board of Governors, the Board of Directors and the Federal Open Market Committee. In addition, 12 Federal Reserve Banks were formed within defined districts across the country, to function as a bank’s bank that would provide support and services to member banks. Together, the district banks’ mission would provide the nation with stable monetary policy and a secure financial system, independent of political influence, but be subject to Congressional oversight and work within the framework of the government’s economic and financial policy objectives. Overall, the regional banks would be involved with four general tasks: formulate monetary policy, supervise financial institutions, facilitate government policy and provide payment services.